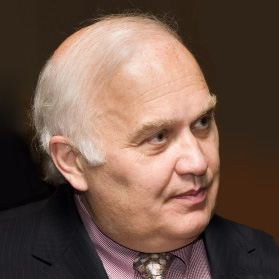 As founder and managing director of Leeham Company, Scott Hamilton has spent more than four decades in the commercial aviation industry. He was named Best Aerospace Journalist of the Year in 2009 in the Regional Airline Category and served on the Board of Directors for Pacific Northwest Aerospace Alliance (PNAA) from 2010 to 2013.

Hamilton created PNAA’s first Business Plan that enabled the group to increase its revenues and cash position by 1,000 percent in three years and position the association to employ its first executive director. The annual conference attendance increased by 300%. Also in 2009, the Washington State Dept. of Commerce retained Leeham to create an aerospace policy.

Before creating Leeham Company more than 25 years ago, Hamilton co-founded Linkraven Ltd. in 1989. Linkraven published the internationally distributed Commercial Aviation Report and Commercial Aviation Value Report; and organized conferences in Asia, Europe and the Americas under the Commercial Aviation Events banner. During the 10 years Hamilton and his partner owned and operated Linkraven, they produced 60 conferences, including the first aviation conference in Eastern Europe, the first in Moscow, and the first in China. Hamilton is a globally recognized expert in aerospace issues, focused on the major airframe and engine OEMs. With his partner, Bjorn Fehrm, Leeham provides aviation consultation focusing on business strategy, competitive intelligence and aircraft economic analysis.

Hamilton is known for his straight-shooting, call-it-like-it-is take on news and events and applies his decades of industry experience to offer consulting services, perspective and analysis. Broadcast and print media frequently call him for expert analysis about the issues of the day

Bjorn Fehrm joined Leeham Company as an aeronautical and economic analyst. He focuses on technical evaluation for Leeham, providing a level of technical and aircraft economic analysis rarely seen among aviation consultants. He has a background as an aeronautical engineer and fighter pilot from the Swedish Air Force where he flew the Draken and worked on the Viggen and Gripen programs. After leaving the Air Force, he worked at SAAB with the Gripen program in the area of counter-measures.

Fehrm is the developer and expert on the Aircraft Model, which enables a complete performance analysis of aircraft from aerodynamic data to cost of operation. Fehrm holds four worldwide patents in Aeronautics/High technology. He was one of four aviation journalists to be afforded the opportunity to fly the Airbus A350-900 and provide a pilot’s report.

Leeham has associates with expertise in market demand analysis, planning and strategy. Leeham partners with established aviation advisory companies for a variety of services when required.